CLEVELAND, May 13, 2022 /PRNewswire/ -- The NRP Group, a vertically-integrated, best-in-class developer, builder and manager of multifamily housing, has officially broken ground on a 52-unit mixed-income multifamily community in the Glenville neighborhood of Cleveland, Ohio. 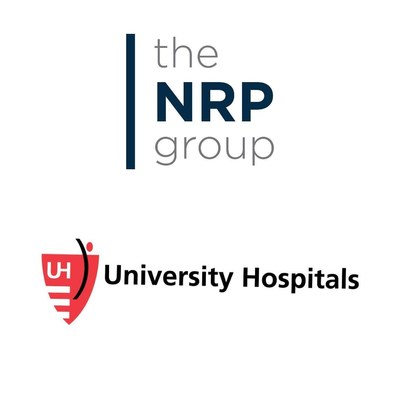 The four-story, 52-unit apartment building located at East 105th and Churchill Road will include one-, two-, and three-bedroom apartments, as well as four built-in, three-bedroom townhomes. All apartment homes will be available to individuals and families earning 60 percent or less than the Area Median Income (AMI).

The Davis Apartments will be developed in collaboration with University Hospitals, one of the nation's leading health care systems. This development is the third "health and housing" project spearheaded by NRP to improve Social Determinants Of Health (SDOH) in underserved neighborhoods by partnering with hospitals, nonprofits and municipalities. The first health and housing development, Residences at Career Gateway in Columbus, Ohio, opened in 2018; the second, Via Sana in the Clark-Fulton neighborhood of Cleveland, is scheduled to open in 2022.

"By viewing the neighborhood itself as a patient to be healed, health and housing developments provide high-quality affordable housing as a means to bring critical supportive services to both residents and the broader community," said Scott Skinner, Vice President of Development at The NRP Group. "These services, such as career development training, health screenings and financial literacy, are not readily available within many underserved neighborhoods. We look forward to working with the City of Cleveland and University Hospitals to bring this project to fruition and to address the most pressing needs of the Glenville community."

With headquarters located just one mile from The Davis Apartments, University Hospitals will collaborate with NRP to offer health and wellness education and programming that will be open to the broader community. In addition, NRP will develop a 2,800-square-foot Community Outreach Center that University Hospitals will utilize to provide preventative healthcare and SDOH solutions such as healthy cooking demonstrations, food pantry services, programs for pregnant women and young mothers, programs to fight senior citizen isolation, telehealth services, and workforce and financial literacy training. University Hospitals' goal with this development is to actively engage with local Cleveland neighborhoods by reaching beyond its four walls to address key SDOH in disinvested communities.

"As an anchor institution, one that has been deeply rooted in this community for 155 years, University Hospitals holds dearly our responsibility to care for our community. At University Hospitals, improving the health of the people we serve and the communities in which they live is our priority," said Dr. Daniel Simon, President, Academic & External Affairs and Chief Scientific Officer, University Hospitals. "We are pleased to collaborate with The NRP Group to further revitalize the area and provide quality housing and services to residents. We are confident this new community will bring significant and lasting benefits to the Glenville neighborhood."

The Glenville neighborhood is part of Cleveland's Neighborhood Transformation Initiative, a city-wide effort to spur economic growth through healthy, sustainable, and equitable opportunities to build wealth and stabilize historically fringed neighborhoods. Glenville is less than one mile from University Circle, which is home to Case Western Reserve University, the Cleveland Clinic, the Cleveland Museum of Art, the Cleveland Museum of Natural History, and dozens of shops, restaurants and grocers. The Davis Apartments' proximity to these anchor institutions and job opportunities creates a strong foundation to build upon and an opportunity to make those institutions and jobs more accessible to people of all income levels.

Skinner added, "The City of Cleveland played a crucial role in collaborating with our team and University Hospitals to help bring this project to fruition. NRP worked directly with the City's Community Development department to prepare the site for The Davis Apartments. We're incredibly grateful to our partners at the City of Cleveland for their tireless work on this development."

The Davis Apartments is named after Harry E. Davis, a Cleveland native who served four consecutive terms in the Ohio State House before becoming the first African American member of the Cleveland Civil Service Commission and serving as an Ohio State Senator.

Early lease-up of the community is expected to occur in 2023, with a completion date slated for 2024.

About The NRP Group

The NRP Group is a vertically integrated developer, owner, builder, and manager of best-in-class multifamily housing. Since its founding in 1994, NRP has developed more than 43,000 apartment homes, and currently manages over 23,000 residential units. The company utilizes the entire breadth of its in-house capability to fulfill its mission: creating exceptional rental housing opportunities for individuals and families, regardless of income.

Through its disciplined approach to vetting opportunities, NRP has established a track record of delivering impressive returns for investors. The company's formidable size and depth of talent provides the experience and infrastructure necessary to execute developments of varying degrees of complexity and scope in both urban-infill and suburban locations, including market-rate, affordable, and senior housing. As a three-time recipient of the National Association of Builders Multifamily Development Firm of the Year and recognized Top 25 Developer by Multifamily Executive, NRP is leveraging its decades of expertise by also providing construction and property management services to outside owners and developers. For additional information, visit www.nrpgroup.com.

Founded in 1866, University Hospitals serves the needs of patients through an integrated network of 18 hospitals, more than 40 outpatient health centers and 200 physician offices in 15 counties throughout northern Ohio. The system's flagship academic medical center, University Hospitals Cleveland Medical Center, located on a 35-acre campus in Cleveland's University Circle, is affiliated with Case Western Reserve University School of Medicine. The main campus also includes University Hospitals Rainbow Babies & Children's Hospital, ranked among the top children's hospitals in the nation; University Hospitals MacDonald Women's Hospital, Ohio's only hospital for women; and University Hospitals Seidman Cancer Center, part of the NCI-designated Case Comprehensive Cancer Center. UH is home to some of the most prestigious clinical and research programs in the nation, including cancer, pediatrics, women's health, orthopedics, radiology, neuroscience, cardiology and cardiovascular surgery, digestive health, transplantation and urology. UH Cleveland Medical Center is perennially among the highest performers in national ranking surveys, including "America's Best Hospitals" from U.S. News & World Report. UH is also home to Harrington Discovery Institute at University Hospitals  part of The Harrington Project for Discovery & Development. UH is one of the largest employers in Northeast Ohio with 27,000 employees. Follow UH on Facebook @UniversityHospitals and Twitter @UHhospitals. For more information, go to UHhospitals.org. 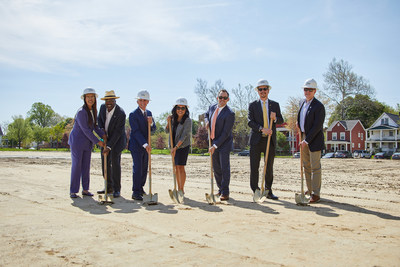