WASHINGTON, Aug. 9, 2018 /PRNewswire/ — The American Federation of Government Employees today announced its endorsement of Richard Cordray and Betty Sutton for governor and lieutenant governor of Ohio in the November election. 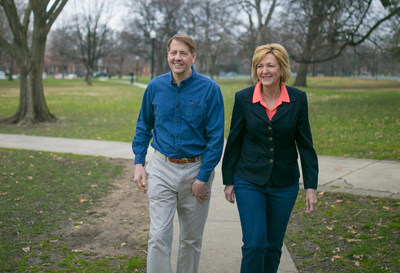 «Richard Cordray has the experience to take on the challenges of serving as Ohio’s governor. He served as the first consumer watchdog at the Consumer Financial Protection Bureau, recovering over $12 billion for more than 30 million Americans during his tenure as director. Prior to his service in Washington, Richard served as Ohio’s Attorney General and was a fierce advocate for consumers and Ohio workers,» Scott said.

«While serving in Congress representing Ohio’s 13th Congressional District, Betty Sutton had a 100 percent voting record on AFGE issues. Betty is a fierce advocate for AFGE members and workers throughout Ohio and the nation,» Scott said.

More than 78,500 federal employees live in Ohio – supporting the military, caring for veterans, ensuring the safety of the flying public, and getting Social Security recipients their benefits accurately and on time. There are nearly 149,000 active and retired federal workers in Ohio.

AFGE is the largest federal employee union in the country, representing 700,000 federal and D.C. government workers in all functions of government. District 6 represents more than 42,000 federal workers in Indiana, Kentucky, and Ohio.

The American Federation of Government Employees (AFGE) is the largest federal employee union, representing 700,000 workers in the federal government and the government of the District of Columbia.